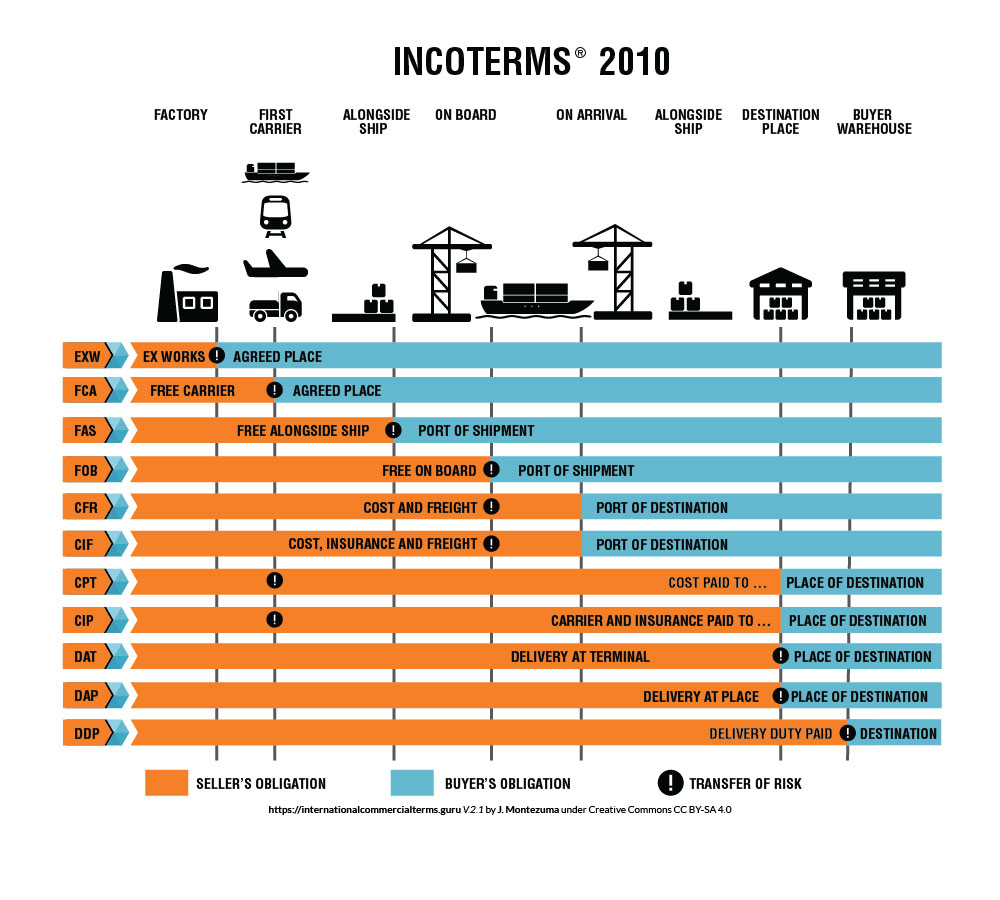 Essentially, Incoterms rules are used for communicate and delimit tasks, cost and risk linked with transportation and delivery of goods. The latest version is Incoterms 2010 published by ICC. There are 11 Incoterms divided in 4 groups.